Why 98% of people do not click or reply to your emails! 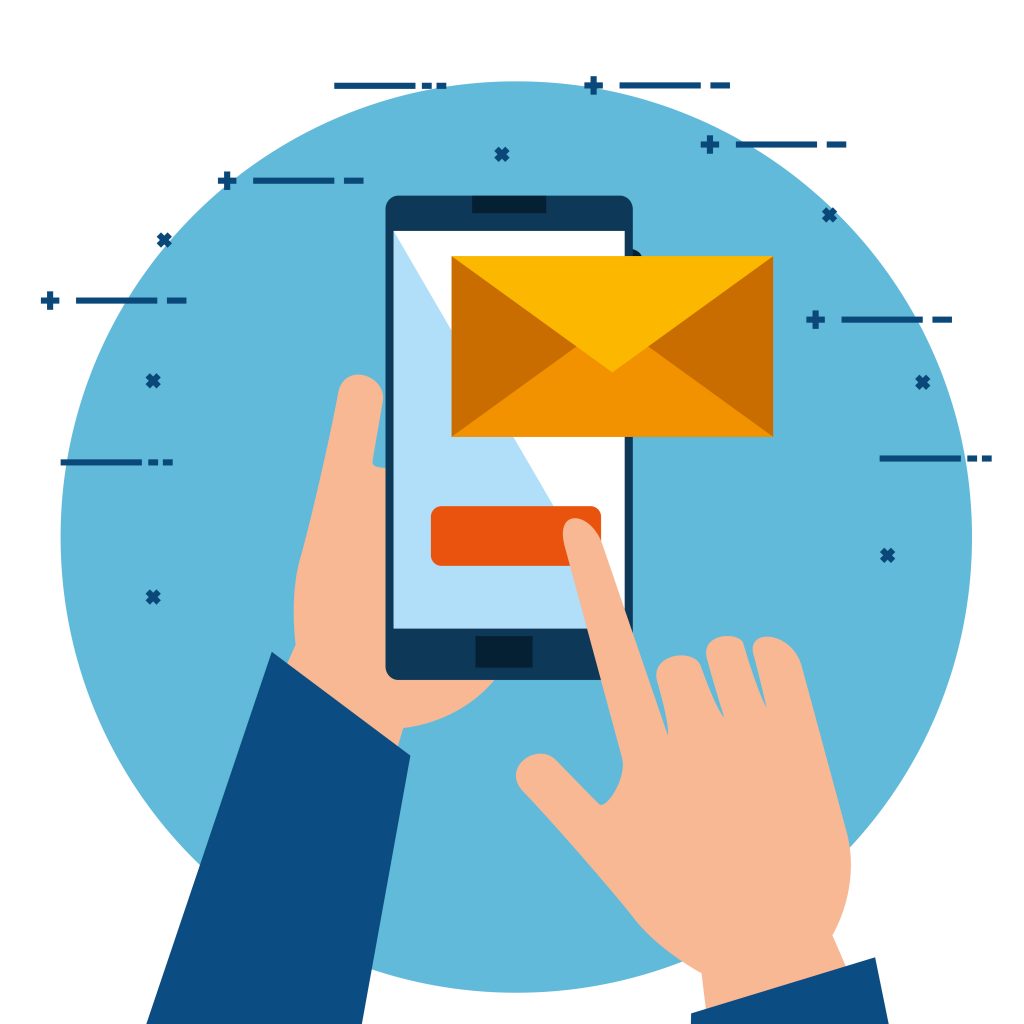 It happens across every industry that sales reps are emailing prospects night and day and they’re barely able to scrape any sales from their efforts. The simple fact is, most emails get ignored.
People don’t take advantage of email offers because they never open the email to find out what it’s about. If they do, they’re unlikely to click on links to find out more.

Across all industries, email open rates average at 18%. While some people see this as a cause for celebration, it means that 82% of your audience is unengaged.

If you had a hundred potential customers, but only 18 would listen to you, would you be happy with that?
You might! But chances are, you’re not one of the “go-to” players claiming 18% open rates. If you’re like many, your average open rate is less than 10%.
Even worse, the global average click-through rate is 2.6%. That means that out of every hundred emails a sales rep sends, fewer than three will click on a link inside the email to find out more.

Low-achieving sales professionals might settle for these kinds of numbers. Anyone with a sliver of hope for greatness, though, would see this figure as a mere stepping stone.

Why are open and click-through rates so dismal?
Here are five reasons why people aren’t opening marketers’ emails (maybe including yours):

Think about all the emails that land in your inbox every day. Which ones do you open – the ones with generic, ho-hum subject lines and text, or the ones that sound like they were written just for you?

If you’re like 98% of the Internet-connected humans on the planet, you open the ones that sound like they were written just for you.

It only makes sense – we like to feel special, and we want to give our time and attention to people who make us feel special. One of the easiest ways to do this is to address them by name in the subject line and email body and tailor the text to their specific problems, goals, and circumstances.

That’s just not the case. Today’s consumers care as much about how they’re treated as customers as they do about the quality of the products and services they purchase. Around the world, 54% of consumers say they care more about customer service than they did a year ago.

Because customer service begins at the very first action with a potential buyer, every email message a sales rep sends has an effect on the prospect’s perception of the company as a whole. Generic, templated emails send the message that the company will treat them as an account, not a person.

For this reason, it doesn’t take long for prospects to start ignoring generic email copy. They simply don’t feel like the company will listen to their concerns or share their values. There are plenty of other choices, after all.

Any truly successful sales rep knows that follow-ups are at the heart of any successful sales career. In a perfect world, prospects would always say “YES” at the end of the very first conversation. In the real world, though, it takes multiple contacts and conversations to gain a commitment from even the most interested prospects.

Did you know that 48% of sales reps don’t make even a single follow-up attempt? In a world where 60% of customers don’t commit to a purchase until the fifth conversation, that’s a lot of money left on the table.

Out of those that do conduct follow-up communications, 70% stop after just a single email. Research shows that subsequent emails can increase response rates by 25%, though. Again, that amounts to a lot of income lost.

You might know the true value of your products and services that’s probably one of the reasons you’re so passionate about sharing them with others. It’s easy to assume that that value is obvious to your buyers, too. Unfortunately, this usually isn’t the case.

It’s important to provide helpful information, phrased in terms of the benefits they will receive. Many sellers focus on features – like solid steel construction or photosensitive LED activators. They could more effectively communicate benefits – like lifetime durability or enhanced nighttime safety.

It’s important to understand, though, which benefits are most important to each prospect. As you or your sales reps communicate with prospective customers, take note of the information they provide.

Ask open-ended questions that invite them to tell you about their unique problems and frustrations. This allows you to personalize your email and other “nurture” communications to address their specific needs and goals.

“I’m here to sell, not to make friends.” You’ve probably felt this from at least one sales representative message in your life. If you haven’t you probably will. This approach, though, is rarely the path to success.

In the twentieth century, when door-to-door sales and mass-media advertising were the primary selling tools for growing companies, consumers looked at salespeople and advertisers as trusted authorities. They bought because they hadn’t heard all the “tricks” before – so they simply didn’t know any better than to follow the salesperson’s skillfully cast bait.

Today, digital marketing and the Internet as a whole have changed all of that. Consumers no longer assume that advertisers are trustworthy, and now view the sales tactics of yesteryear with skepticism and offense.

Successful companies today must focus on client-centric activities that put the buyer first. They must actively engage and communicate with potential buyers on their level.

This means discovering each prospect’s individual needs and goals, and tailoring sales conversations around meeting or exceeding those goals.

When communicating with potential customers or clients, focus only on their needs, instead of on your product. The solution you propose for your client should feel like a natural fit in their lives or businesses. Your email copy and other communications should mentally walk them through the journey to solving their problems – including what their lives will look like after they’ve solved those problems with your help.

You don’t stand out from the crowd

A final, very common reason that emails don’t get opened is simply due to the fact you are not be seen differently from your competitors and other players in your sector. You need to assure the prospect that you know them better than anyone and because of that, you are the key to their salvation!

It’s difficult to blame the sellers themselves. They’ve been fed cotton-candy fluff from email marketing “gurus” telling them that if they send the same old redundant, “seen it a million times before” messages as everyone else, they’ll wake up to millions in their bank accounts tomorrow morning.

Unfortunately, that’s not the case. If you’re using an email template or just copying someone else’s style, you can bet that your prospects have heard it all before – and they’re going to notice.

If you sound just like everyone else, there’s no reason for them to choose your company instead of one of your competitors.

Take the time to make your emails unique. Adopt your own brand voice and keep it consistent across all brand channels, including email, social media, website copy, and video content.

What sets you apart from your competitors? What is it that makes you different? Not necessarily better, just different?

Make sure all of your emails communicate this, from the subject lines to the sign-offs. Your brand is uniquely yours, and it’s just for your specific “tribe.” Cultivate this sense of belonging by embracing your uniqueness, instead of hiding it.

Is there a solution that works?

Adding Personize into your sales process to generate personalized LinkedIn messaging and connecting that to your existing tools will develop those leads effectively to sales meetings, and best of all, it’s completely automated.

While it’s an AI platform, Personize writes like your salespeople: authentic, enticing, and personalized. The more it writes for your people, the more it improves at generating messages that convert. With highly personalized messages, it automates the process while still keeping it personal, increases the reply rate by 334%, and has a 530% click rate increase.

You can start connecting with more people with less effort today. Book a meeting today, and our experts will guide you through our services to see how it can help your team turn more leads into customers.

Personize can Free up 20-50% of your selling time spent on writing emails, follow ups, and researching each lead

See Our Pricing
What is Personize?

We send up to two emails each month of interesting business cases and practical insights.

With Personize, you can Free up 20-50% of your selling time spent on writing emails, follow ups, and researching each lead

See Our Pricing
What is Personize? 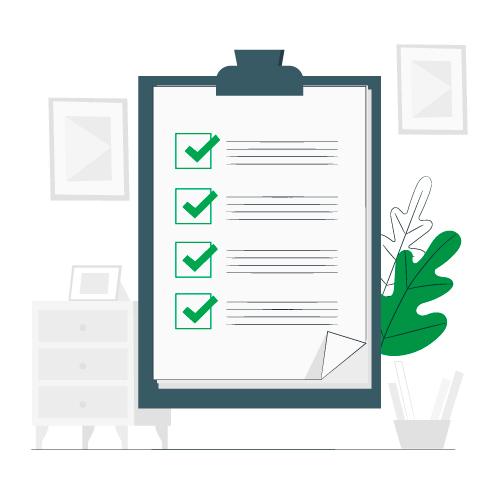